The Promise Of A Premier Yearling 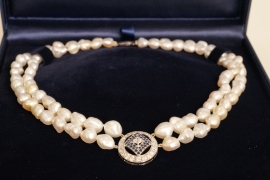 There are only sixteen days until the start of the 2016 Inglis Premier Yearling Sale, but before the focus shifts to the Oaklands sale ring it remains firmly on Caulfield, as buyers and vendors alike watch eagerly to see if results on the track will assist them at the upcoming sale.

Inglis Premier graduates Trust In A Gust and Fawkner will line up tomorrow in Australia’s first Group 1 of the year, the C.F. Orr Stakes, hoping to add to their already impressive combined haul of $5 million in prizemoney. Purchased for $45,000 and $70,000 respectively the duo are already great Premier success stories that are still being written.

A third or fourth Group 1 victory would be an incredible feat for their trainer and owners, but the CF Orr Stakes is not the only race that will draw attention tomorrow. Vendors alike will be keeping a keen eye on the Blue Diamond Preludes, in the hopes that of the five two-year-olds racing with siblings in the upcoming Premier sale, at least one of them will be able to add a favourable update to their sibling’s pedigree.

Sweet Sherry, Kinetic Design and Samara Dancer will race in the Group 2 Fillies division, hoping to give their respective siblings, Lot 448 and 47 of Swettenham Stud and Lot 149 of Pheonix Broodmare Farm, an even greater opportunity for sale success.

Ambitious Ex, the half-brother to Lot 273 from Stonehouse Thoroughbreds, and Power Trip, the full-brother to Lot 653 from Maluka Thoroughbreds, are set to line up in the Group 3 Blue Diamond Prelude for Colts and Geldings to see if they too can give their siblings a boost in the ring. Unfortunately Eliza Park Stud will have to wait a little longer for a pedigree update to Lot 238 for its half-brother Defcon, which was favourite for the race, has been scratched from racing this weekend.

These potential pedigree updates may join the three latest updates to occur for Premier; Lots 5, 59 and 299. Their siblings Tuscan Sling, Ammirata and Thunder Down Under have all won at stakes level since the 2016 Premier catalogue went to print.

Many buyers who supported last year’s Inglis sales still have their eyes on the upcoming MRC Blue Diamond Stakes. 40 of the 71 juveniles left after third acceptances this week are graduates of Inglis’ sales and are still in the running for the valuable Group 1 on Saturday February 27.

Premier graduates Sweet Sherry, Kinetic Design, Emphatically, Black Energy, Power Trip and Revolving Door line up in the Preludes on Saturday, hoping to join their fellow Inglis graduates Extreme Choice and Valliano in the field for the $1,500,000 feature in two weeks.

While races are being run and pedigrees are being updated the vendors with 775 yearlings to offer at the 2016 Inglis Premier Yearling Sale are busy conducting parades on their farms. All will come together at Oaklands in a few weeks as the search for the next Jameka, Good Project, Hot Snitzel, Pasadena Girl, Shamal Wind, Trust In A Gust or Fawkner begins.

The 2016 Premier Sale is jammed with exceptional quality from the region’s leading vendors. Australia’s leading sires are complemented by a multitude of black-type families, resulting in an outstanding catalogue.

Request your hard-copy catalogue by sending an email to catalogue@inglis.com.au or call Inglis Melbourne on +61 3 9333 1422