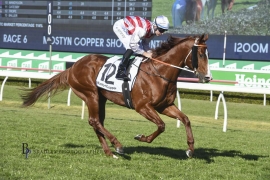 The Woodside Park draft features four ‘3-in-1 packages’, eight mares in foal and three offered with foals at foot.

“The vision and transparency handed to the buyer with this draft will take online selling to the next level,’’ Price said.

“The videography of the horses we are offering is of a very high standard, no angle has been missed or hidden, we want to provide buyers with 100% confidence of the product they’re bidding on.

“On top of this videography, Woodside will have an open house policy this Sunday and Monday (March 22 and 23) from 2pm-4pm for anyone who wants to conduct inspections and we will also have Written Tycoon, Foxwedge, Tosen Stardom and Rich Enuff parading.

“Like every breeding operation, there is a need to turn over stock and following the 2019 breeding season, we reviewed out bloodstock portfolio and a plan for each mare and foal was developed.

“The Inglis Digital online selling platform has gone from strength to strength and has become an avenue where breeders can sell bloodstock and achieve optimum prices – so we had no hesitation in supporting it with our portfolio reduction this year.’’

• She’s Curvaceous – has produced G1 VRC Oaks 4th placegetter Hipster Girl and exciting 3YO Rich Hips. She is a 1/2 to a Stakes winner and producer Velasco and is offered with a Tosen Stardom colt at foot and in foal to Rich Enuff

• Helping Hand – 1/2 to G2 winner No Evidence Needed, with a Rich Enuff foal at foot and in foal on a September cover to Foxwedge

• Charleston Lady – International Stakes winner and 1/2 to a Japanese G3 winner, in foal to Tosen Stardom

• Brambling – By Redoute’s Choice out of Bramble Rose, making her a close relation to Tangled, Sebrose and Maules Creek. Has produced Stakes class Amal Rose and is in foal to Tosen Stardom

“There is a small degree of nervousness around selling unreserved but Woodside are extremely transparent so we are very confident that with professional videography, an open house policy and insightful information about each horse, the market’s confidence to bid will mean each horse realises their value,” Price said.

4YO entire Trope offered by prominent owner Alan Bell, is another significant addition to the March (Late) Online Sale.

A multiple Stakes-placed galloper from a family riddled with black type, the son of More Than Ready and Personify (Galileo) is offered as a racing and stallion proposition by Bell, who purchased Trope as a yearling from the 2017 Inglis Easter Sale for $500,000.

“As a yearling, Trope stood out to me physically in a great line-up of Easter colts and he was the one horse that I absolutely had to come away with,” Bell said. “His racing career has been defined by what might have been.

“Very early on, the Hawkes stable identified him as their Slipper colt and had him ready to go in October, only for him to damage his hoof wall so thoroughly he missed his 2YO autumn entirely.

“Finally making his debut as a 3YO, Trope won his first start in spectacular fashion at Randwick, coming from a seemingly impossible rearward position to flash home in an exceptional last 600m.

“Dazzling sectionals then came to typify his racing pattern and define his career.

His effort to run a close second from well back in course record time over 1000m at Randwick created great excitement in his first attempt at black type before further flashing seconds in Group races followed, all from his usual backmarker position.

“I have raced sprinters with ultimately more storied career records, but none with greater promise or more able to routinely break 33 seconds home in top class races.”

Trope is a half brother to three Stakes performers by sons of Danehill – Redoute’s Choice and Fastnet Rock.

His granddam is blue hen producer Procrastinate, dam of Laisserfaire, A Time For Julia, Foreplay and Time Thief.

Trope’s listing on Inglis Digital will be complemented by a professional parade video, a PDF brochure highlighting his pedigree attributes, plus a full set of radiographs and video scope will be available in the Inglis repository on Friday.

Inglis Digital Business Manager Nick Melmeth said: “This is one of Inglis Digital’s strongest catalogues to date. We’ve been supported by many leading studs, breeders and buyers over the past three years and the platform continues to thrive.

“The Woodside Park Reduction and Trope showcase the quality of stock we are consistently trading online and in-turn growing confidence in the marketplace.

“It’s clear that technology and transparency is key for ensuring the best results for both vendors and buyers, a factor made more important in the current climate.”

There is an extraordinary amount of quality in the March (Late) catalogue, with 52 racehorses, 42 race fillies, 152 broodmares, 32 yearlings, 24 weanlings and 11 racehorse shares.

Some of the highlights include:

• Stormy Road – a 1/2 sister Kings Will Dream and from a strong Juddmonte family, offered by OTI management, in foal to So You Think

• Sweet Martini – a 1/2 sister to Zarita and Joy and Fun, offered by Sledmere Stud in foal to Dundeel

• Vancouver x Sense of Pride 2YO Filly – offered as a breeding prospect by Mark Newnham, she’s a 1/2 sister to G1 placed Foxborough

• Kascata – daughter of G1 NZ 2000 Guineas winner Clean Sweep, offered with an Xtravagant colt at foot and in foal to So You Think

• Elsewhere – a Lonhro 1/2 sister to Long John and Ribald, offered by Tyreel stud in foal to Divine Prophet

The Inglis Digital March (Late) Online Sale will open for bidding at 3pm (AEDT) Friday, March 20 with bidding to run for five days before the final countdown commences at 3pm Wednesday, March 25.