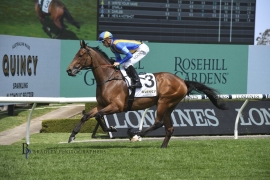 A bumper catalogue of 268 lots has been assembled for the Inglis Digital January (Early) Online Auction, which is now open and live for bidding.

Reflectivity – 5-time metropolitan winner of over $440,000 with some high quality form to his name

Al Badr – Lightly raced 3YO son of I Am Invincible who was a $550,000 yearling and has had four starts for a win and a placing

Inglis Digital graduates have continued their outstanding racetrack success in 2021 – there have been multiple winners per day off the platform to start the new year at Australian metropolitan, provincial and country level.

The final countdown of bidding for the January (Early) Online Auction begins from 3pm Wednesday, January 13.

To register to bid or to actively participate in the auction, CLICK HERE.